Micromechanical sensors are crucial to many standard commercial products in nanoelectronics and nanomechanics. These are sensors that are so small they operate on the nanoscale, with parts measuring in billionths of a meter. Researchers at the University of Alberta are exploring ways to find the effective mass — the mass of a particle when reacting to a force — of micromechanical sensors in a faster way. This measurement is key to performing thermomechanical calibration.

Clues for Finding Effective Mass Given by Temperature Data

Traditionally, the way to calculate the effective mass of a particle is to push on it and measure how it reacts to the applied force. One University of Alberta research team (Brad Hauer, Callum Doolin, Kevin Beach, and John Davis) uses simulation as an efficient and noninvasive tool to achieve thermomechanical calibration.

According to Hauer, “The proper calibration of resonators is extremely important, especially in industries where precision is nonnegotiable.”

The University of Alberta researchers analyzed the fundamental mode shape with the Eigenfrequency Study available in the Structural Mechanics Module. They then derived the effective mass by performing a volume integration of the resonator’s density multiplied by the normalized displacement squared over its entire geometry. 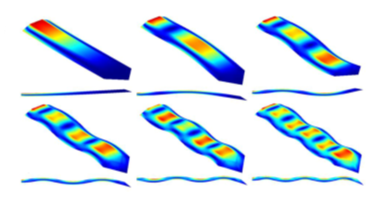 Simulation of atomic force microscopy tip mode shapes, where light reflected off a cantilever is measured by a photodiode.

Finding the Effective Mass of Any Device

With so many kinds of sensors in use that need to be calibrated, it is a huge benefit to be able to model all geometries in the same software. In the future, the researchers at University of Alberta will work on some cutting-edge designs involving optomechanics. Naturally, they will continue to use COMSOL Multiphysics® to model their designs.

There is a broad range of uses for companies working with nanostructures, nanostrings, and everything in between. The best part is that anyone with the Structural Mechanics Module can get the effective mass of nanoelectronic and nanomechanical devices in a more efficient and scalable way. 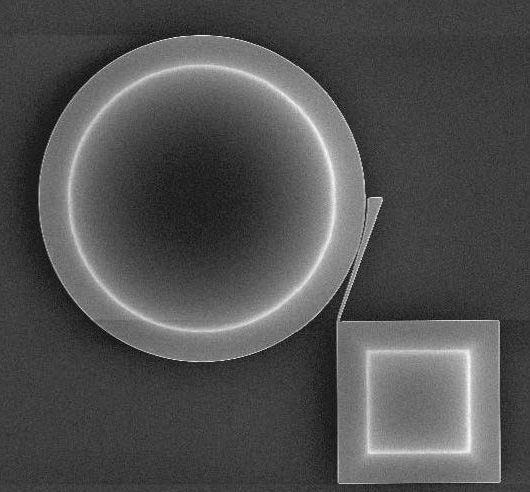 A force transducer able to measure force in increments as small as Attonewtons (10-18N). 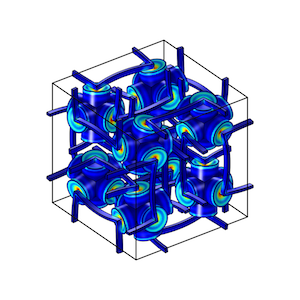